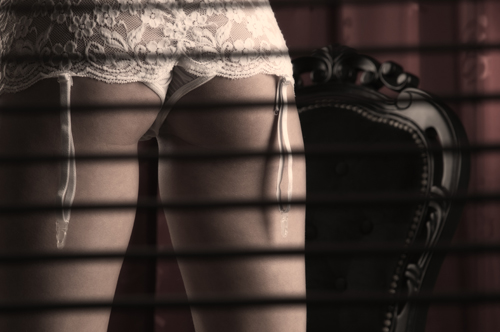 The practice from which a person derives sexual pleasure by watching another person/group of people having sex is known as voyeurism. The attention of the voyeur may be engaged in the sexual act, the inner wear, nudity or any other outfit that he/she may find alluring.

In this lifestyle most of the voyeurs normally like to observe as their partners have intercourse with other people. This is a fact especially for married men who like to watch as their wives get it on with other ladies and/or men. Most of the time he is just having fun with this and when he is done with the observation, he can play with himself or play with his wife.

There are multiple couples who are into this lifestyle and love to attend sex events or swing parties not necessarily to take part in the sexual acts but to watch as other people have intercourse. Voyeurism can be described as a desire that is similar to that of wanting to have sex. To a certain extent however, the need to actually play can be overpowered by the observation need. Very many men are highly visual and observing this can assist with arousing the manhood.

An on premise swing club is your best option if you want to watch without playing. There is one in every major city in the USA. Here you can be assured that you will enjoy an eye full. Most of these clubs normally have rooms where couples or groups can go and have sex either privately or openly. Most swingers love being watched thus you can be assured that there will never be a dull moment since for every voyeur, there is usually 2 or more exhibitionists. Being watched is sexually stimulating and vital to them in the same way the voyeur loves to watch.

Keep in mind that generally voyeurs are not welcome to private swing parties. This is simply because most of them are normally intimate and small thus the voyeur is considered as a gawker and a non player. You may just be getting into their way something that can make them uncomfortable. It is best to ask the host if it is okay to watch. A few may agree especially when money is the incentive but most of them will apologize and ask you to try a club. While watching for you may be exciting, for the swingers it could pose as a huge distraction as they are getting it on. If you must watch, make certain it is your partner with another couple or a couple with MFM. Top off this intriguing experience by having some later on so that everyone can have fun.

THE SWINGER LIFESTYLE: VOYEURS AND SWINGERS

For open-minded individuals, having an open relationship could be a nice deal. As a matter of fact, a lot of adventurous couples are interested in trying the swinging lifestyle. This kind of interest develops slowly over a period of time. This would lead the couples to finally decide if they’re ready to take the next step into becoming ultimate voyeurs or swingers. The Swinger Lifestyle of Today Without a doubt, this lifestyle has its own set of trends. Specifically, swingers from their own society have a set of cultural goals READ MORE